Now load the teamlucc package, using devtools to install it from github if it is not yet installed:

Add an empty field named “class_1986” to the object, and delete the extent polygon (because we don’t need it, and just want an empty shapefile):

Now save the train_polys object to a shapefile using writeOGR from the rgdal package. The "." below just means “save the shapefile in the current directory”.

Open the generated “training_data.shp” shapefile in a GIS program (I recommend QGIS) and digitize a number of polygons in each of the land cover classes you want to map. For this example, we will simply classify “Forest” and “Non-forest”. For each polygon you digitize, record the cover type in the “class_1986” column. After digitizing a number of polygons within each class, save the shapefile, and load it back into R using train_polys <- readOGR(".", "training_data").

Or: (for this example) you can use the thirty training polygons included in the teamlucc package in the L5TSR_1986_2001_training dataset:

Note: Validation data should generally be collected separately from training data anyways, to ensure the image is randomly sampled (training data collection is almost never random), so in most cases I don’t recommend making heavy use of the training parameter. It can be useful though in testing.

A summary method is provided by teamlucc for printing summary statistics on training datasets:

Now we can use the classify function to perform the image classification:

To see the predicted classes, use spplot: 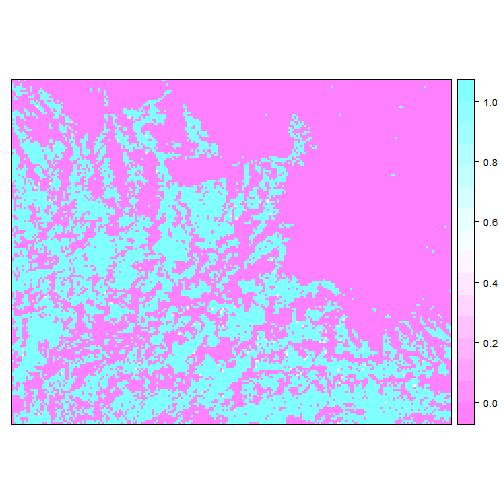 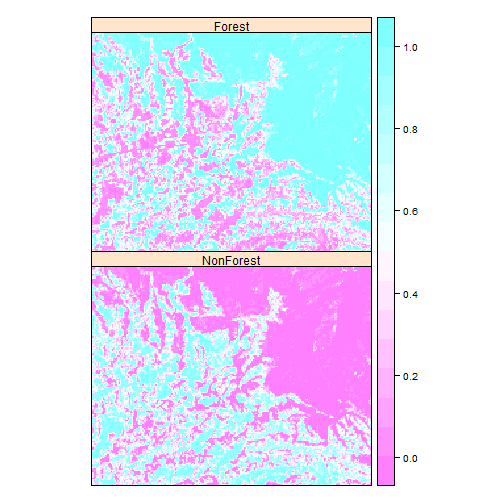 The output from classify also includes a table indicating the coding for the output:

Training a classifier and predicting land cover classes is very CPU-intensive.
If you have a machine that has multiple processors (or multiple cores), using more than one processor can significantly increase the speed of some calculations. teamlucc supports parallel computations (using the capabilities of the raster package). To enable this functionality, first install the doParallel package if it is not already installed, and load the package:

Conducting a thorough accuracy assessment is one of the most important components of image classification. The teamlucc package includes an accuracy function to assist with measuring the accuracy of image classifications. In addition to the standard contingency tables often used for describing accuracy, accuracy also calculates “quantity disagreement” and “allocation disagreement” as introduced by Pontius and Millones 20111.
Unbiased contingency tables can be calculated with accuracy by supplying a pop parameter to accuracy. accuracy provides 95% confidence intervals for user’s, producer’s, and overall accuracies, calculated as in Olofsson et al.
20132.

To calculate a basic contingency table, assuming that population frequencies of the observed classes can be estimated from the classification output, and using the 40% of pixels that were excluded from training the classifier as testing data, run the accuracy function using the model calculated above:

Note the warning from accuracy, which is reminding us that we did not provide population frequencies for the classes.

Asummary method for the accuracy object is provided by teamlucc, and calculates user’s, producers, and overall accuracy, and quantity and allocation disagreement: